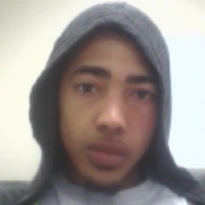 Letterer Stargirl (#3–), Ghoul Squad, Skull, The Boy with a Balloon for a Head, Stoner Kid

Growing up in Wichita Falls, TX and reading comics all his life, Chris Johnson was certain about his passion for many years. Having just recently started college, Chris pursues a degree in IT with focuses on the side in graphic design and writing to fulfill all of his career interests. He takes pride in previously published works in Fables for Japan and his first full-length comic, iBotics, published in 2012 due to debut late 2013 via Comixology. Currently, he is a letterer at Rising Sun Comics.

Chris also enjoys composing his own music, and has ten years of experience to show for it. He looks forward to creating theme songs and mini soundtracks to accompany his future published works. He favors comics and cartoons that lean toward an adult audience with dark, witty humor.

Chris has great ambitions for the future to gather a large audience for his work, and has been taking the necessary steps to achieve that goal. He also aspires to take his comics to animation form.